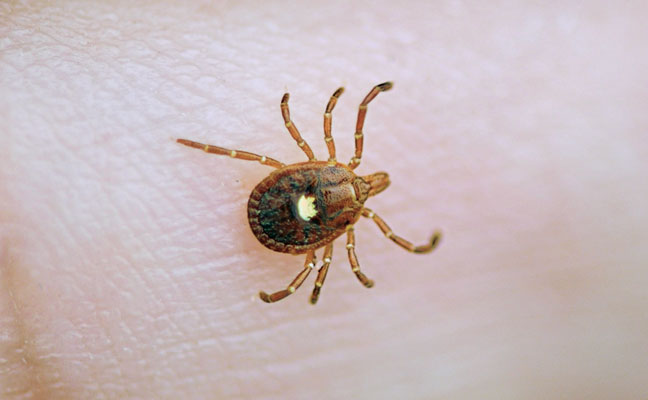 Ticks are on the rise, so it is no surprise that tick-borne diseases are on the rise as well. Some ticks can cause conditions not related to any pathogens, such as the American dog tick (Dermacentor variabilis) and tick paralysis. And it gets worse.

The relative newcomer is the Asian longhorn tick (Haemaphysalis longicornis). It transmits several pathogens to livestock in the United States, but is still being studied for its role as a vector of human pathogens. What is disturbing about this tick is that it uses parthenogenesis, which means females can reproduce without males — and thus generate an alarming number of ticks in a relatively short time. There have been documented cases of livestock dying not from a pathogen, but from exsanguination that occurred when their tick load was so heavy that they died from blood loss.

The lone star tick (Amblyomma americanum) is a small arthropod that is found predominantly in the south central and southeastern United States. In recent years, it has been moving north into the Great Lakes region. It is called the turkey tick in some areas for its association with wild turkeys.

It is a vector of pathogens that cause tularemia, human ehrlichiosis and several other diseases. But that’s not the worst of it: The bite of the lone star tick has come to be associated with a condition known as alpha-gal syndrome or (cue the ominous music) red meat allergy. Can you believe it? Some people bitten by this tick develop a condition that causes them to react horribly when they eat red meat or dairy products. The symptoms are just like anaphylaxis; they can be severe and even life-threatening. Currently, there is no known cure, and victims must limit themselves to fish, poultry and vegetables. Vegans are unaffected.

The symptoms are brought on by consuming foods that contain a carbohydrate that is called alpha-gal because no one wants to say galactose-α-1,3-galactose. It is found in the cell membranes of all the mammals we typically eat. It isn’t found in humans, apes and monkeys, but that doesn’t help us at all. To make matters worse, it is also found in dairy products.

To be clear, most people bitten by the lone star tick don’t get alpha-gal syndrome, but knowing the possibility exists should be enough to get everyone to take precautions. It also should be noted that some people have lost the syndrome after some years.

While it may seem like tick-borne illnesses and conditions are confined to the eastern half of North America, they also occur in the west, albeit less prevalently. When you go out into tick habitat — whether performing service or for recreation — be sure to wear protective clothing and a proper repellent, and conduct a tick check on yourself afterward.

Here are a few terms to understand when talking about tick-borne diseases:

It may be a subtle distinction, but technically you don’t get a disease from a tick. You may get a pathogen that may (or may not) result in a disease. For example, the American dog tick is a vector of Rickettsia rickettsii, which is the pathogen that causes Rocky Mountain spotted fever.

Roll the dice on your mice expertise