Because prices at the pump continue to rise this season, we asked around to see how the increase was influencing fleet purchasing decisions for pest management professionals (PMPs). Want to continue the conversation? Drop us a line at pmpeditor@northcoastmedia.net. 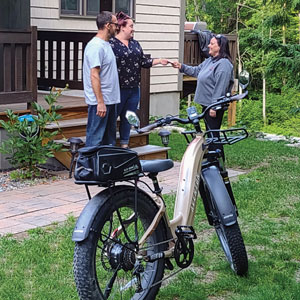 Selena Bira, co-owner of Advanced Pest Solutions, Litchfield, Maine, recently purchased this electric bicycle to use while cloverleafing in a 50-mile radius. “I also plan to use it on island jobs,” she says. To that end, at press time she was in the process of adding a cart so she could carry more equipment, and placing the company logo on both the bike and cart. 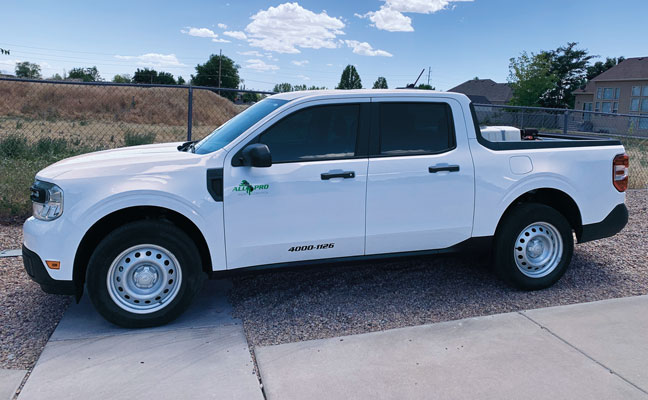 Keith Romer, owner of Layton, Utah-based All PRO Pest Control, pre-ordered his Ford Maverick XL hybrid in August 2021, and it arrived in May. “It’s my favorite company vehicle ever,” he says, noting he traded in a 2021 pickup that was getting about 17 mpg — and got $5,000 over what he paid when turning it in because of the vehicle industry’s demand for inventory. “What’s awesome is that Ford doesn’t require any money down to be on the list,” Romer adds. “From what I understand from my dealer, they’re opening the list again in August for the 2023 model.” Look closely for his logo on this truck: Romer says he prefers the “clean look” of a small company logo under the side mirror because “I never seemed to get much business from my big logo, so I thought, maybe if people have to look harder to see it, they’ll remember it better.” 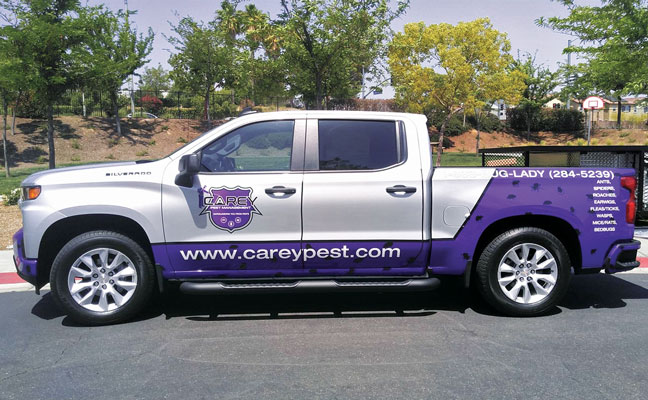 Danielle Carey, owner of Moreno Valley, Calif.-based Carey Pest Management, found that just going from a six-cylinder truck to a four-cylinder turbo Chevrolet Silverado saves on fuel, while actually being a larger vehicle. She averages about 380 miles per tank with city driving, and nearly 450 on the highway. “I bought a full-size truck because I feel safer on the road, especially with the way people are driving nowadays,” she explains. “The Silverado is a full double cab, so I have more space inside the truck. I love the storage bins that are underneath the seats in the back that are hidden away, but give me great space to store my tools. Plus: bigger truck, larger ‘billboard’!” 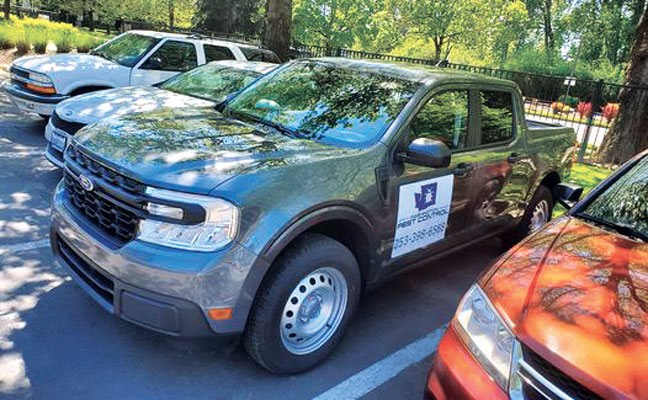 Michael Romero, owner of Washington Pest Control, Kent, Wash., loves his 2022 Ford Maverick hybrid. He likes the size of this truck for getting around in Seattle and other urban markets. Plus, he says, it was just a smart move cost-wise: “I’m averaging 44 mpg with it.” 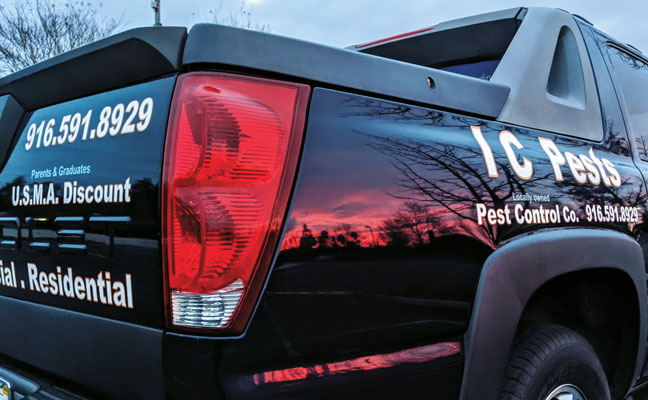 Wes Yarbrough, owner of Fair Oaks, Calif.-based IC Pests, is old-school with his 2005 Chevrolet Avalanche E85. He points to several benefits: “The Avalanche comes standard with a covered bed, and having the extra seats and storage is handy when needed. E85 fuel mileage is slightly lower than running unleaded, but with fuel prices as they are, I’ve come out ahead. Also, I love that the truck is streamlined and uncluttered, containing all I need without adding on a shell, storage box or ladder rack.” 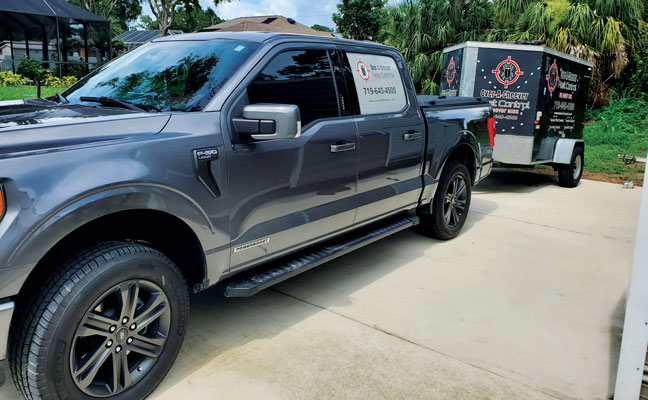 Seth Cheever, owner of Over-A-Cheever Pest in North Port, Fla., says he’s averaging 600 to 700 miles between fill-ups on his 2021 Ford F-150 hybrid. “The Mavericks weren’t out yet, and I needed something that gave me better fuel economy while towing,” he explains, referring to the trailer that contains his termite and wildlife gear.