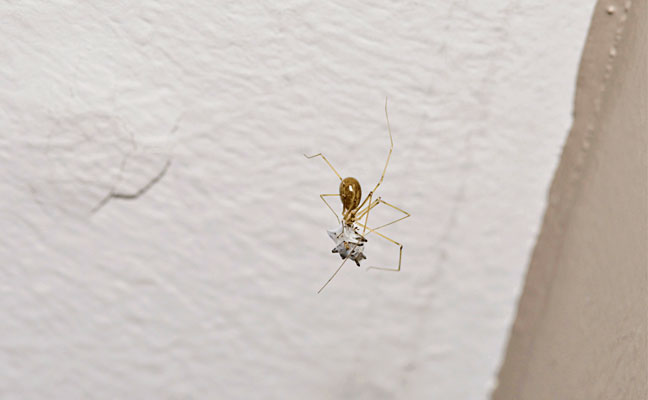 After many failed attempts, this cellar spider has found a productive spot for a web. PHOTO: MARK SHEPERDIGIAN

Spiders are the stuff of nightmares for many clients, and they figure heavily in the demand for pest management services.

Spiders that spin webs to catch their prey only want one thing: dinner. Webs are built in locations that are likely to catch prey, but that doesn’t always happen. If you have done a good job of eliminating insects from a home, you may be left with a lot of hungry spiders.

Unlike many of our insect pests, spiders can get along fine with very few prey items. Some spiders are known to eat their webs and “recycle” the proteins for future webs. Some simply abandon the webs and build again elsewhere. 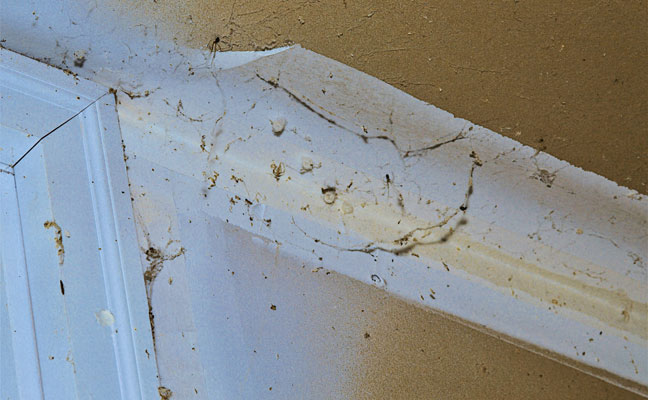 After many failed attempts, this cellar spider has found a productive spot for a web. PHOTO: MARK SHEPERDIGIAN

The spiders common to houses may leave a sad trail of unproductive webs as they search for better locations. Male spiders of some species build webs for temporary use before they go off in search of females. Young spiders may build a web that catches nothing and serves as a quiet place to die. If you are observant, you may find a small web with the carcass of a very skinny spider. These situations leave you with many webs, but no spiders to kill. An application of the most effective products might eliminate future spiders, but it won’t improve the current situation.
In garages and on the exterior, spiders may gather around the lights where prey are plentiful. These spiders have their own hazards, as mud daubers (Sceliphron caementarium) and spider wasps (Pompilidae) will hunt them. Webs left abandoned can build up quickly in these areas.

We are so often hyper-focused on control that it can be hard to think past knockdown and elimination. Still, using a web brush to remove the webs leaves the very result homeowners wanted in the first place. When you do this, it is vital that you use a separate brush for the exterior. A brush used outside becomes a paintbrush when used inside, and the clients won’t appreciate the new color. Also, take the webs down first and then apply any insecticides, so you don’t end up putting the web brush into the wet insecticide, leaving visible smears.

Taking down webs may seem like nothing more than a garnish to the main course of eliminating the spiders, but it plays a much bigger role in client satisfaction. Webs can last for a long time after spiders are gone, and every day the client has to stare at them is an opportunity to wonder whether another pest control provider could do a better job. Additionally, if clients cancel their service, they will see webs building up again — and they may rethink their decision to cancel.

In other words, make web removal inside and out a critical part of your spider control for improved client satisfaction.

8 ways spiders can be brought into homes