… an argument for Background Checks

Does your company perform background checks on prospective new employees? — or do you feel like you’ve just got a really keen eye for bad people? Simple as it might sound, many people are comfortable with the latter. At some point we’ve all sized up a stranger and, based on visible and verbal clues, jumped to a conclusion, pigeonholed or simply made assumptions about the person. It’s inevitable and something we all do every day, but when that strategy is comfortably employed in the professional arena, you’re probably asking for trouble. And it’s not a matter of IF your senses will betray you, but WHEN.

Sure, there are few snap judgements that can be made from first blush. If a job seeker shows up for an interview not dressed or groomed like someone who’s serious about their job pursuit, you can pretty confidently slide their application to the bottom of the stack if you don’t send it straight to the ol’ circular file instead. But sometimes a well-spoken, obviously intelligent, sharp looking individual who appears to be knowledgable about the industry they home to enter, comes with invisible baggage. Sometimes this baggage comes in the form of a very telling police record. This doesn’t mean that it’s always bad business to hire someone with a spot or two on their record, because not all crimes carry the same weight. That’s why it’s up to you to practice due diligence and find out as much as you can about someone you’re thinking of making part of your team.

It’s easy to peruse Facebook and Twitter for an individual’s account, though some employers shy from that, thinking it an invasion of privacy. It’s important that these people, good intentioned as they are, realize they can’t be held accountable for invading someone’s privacy when the person in question makes information about them easily available online. You’re not “creeping” the individual — you’re collecting intel on someone whom you’re considering for a position that requires they behave responsibly. Note also, that if you do find info about someone on Facebook they probably wouldn’t want a prospective employer to see, that says a little something about how responsible they actually are —  because they should have known better than to put unflattering personal information online where it will essentially remain forever in one form or another. These are the new realities of a digital age. 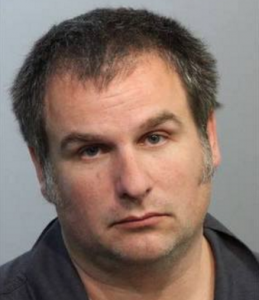 Mugshot of Matthew Blake, a PMP accused of stealing jewelry from a client.

But back to criminal background checks and why they’re important. Consider the story linked below about the PMP who stole over $10,000 worth of jewelry from a customer’s home. The irony here is that, after the fact, “investigators found no evidence to connect [the PMP] to other thefts.” So even a criminal background check isn’t a foolproof way to ensure hiring a trustworthy individual, but sometimes when you take the time to look for the red flags, you’ll find them, freeing you to move on to the next applicant.

About the Author: Will Nepper