2017 profits, revenues to increase for most PMPs

Odds are 2017 profits and revenues will be even better than this year’s for most PMPs. 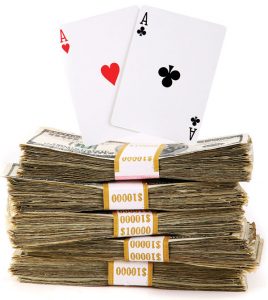 Expectations are high for 2017, and if you’re like most pest management professional (PMPs), you’re in store for another great year.

“If we were gamblers, we would be all-in next year,” says Shawn Dickenson, regional general manager of A Plus Pest Control Inc., Edmond, Okla. “Our additional services, such as wildlife and mosquito treatments, will boost us past our 2016 mark.”

His experience is right in line with the responses from 153 pest management professionals who completed Pest Management Professional’s (PMP’s) 2017 State of the Industry (SOI) Survey.

“Almost everyone hates them, and that prompts people to get pest control,” he says.

And like most survey respondents, an entirely different pest generates the most profit. For Dickenson, it’s bed bugs, which require a more elaborate and effective treatment. They have a higher margin of profit than the general pests his company treats.

Termites and other wood-destroying insects (WDI) provide the most profit for the majority of PMP’s survey respondents. Bed bugs are next, followed by ants, cockroaches and rodents.

These same pests are responsible for generating the most revenue for survey respondents, too, but the rankings are different, as ants take the top spot, then termites.

“Typically, most companies in our region of the country produce more revenue through termite control, but it’s not always the most profitable,” says Ken Smith, operations manager for Palmetto Exterminators in Charleston, S.C. “The high risk factor of termite control can drop the profitability of this side of the business quickly.”

Smith says many companies in the area are dealing with the Formosan termite (Coptotermes formosanus), which may result in lower profits.

Rounding out the list of revenue-generating pests are cockroaches, bed bugs and rodents.

Which pests will be problematic next year? It’s impossible for PMPs to say for sure, so to help increase the odds of higher revenues in 2017, it pays to be proactive.

Smith is doing his part to ensure company revenue grows next year as expected.

“We are increasing our training efforts to provide better customer service and retention, which in turn will increase our revenues,” he says. “We pride ourselves on having great employees who project a professional image and provide a high quality of service. We believe our service technicians are our ‘ace in the hole’ when it comes to growth.”

“The odds are open-ended. If we didn’t raise our expectations, we would be nuts,” she says. “Our call to action is to get buy-in from our team members and raise awareness to attract future customers.”

Meitler, who has owned the company for 30 years, says getting employees to go all in with customer service will help keep the business on track for another great year.

Raking It In
(projected 2017 revenue)