The business landed in their laps when John L. Cook died in 1950, four years after they wed. It was the same year John graduated from Georgia Tech with a degree
in architecture — a career he put on hold to fulfill the five-year termite guarantees his father had offered customers.

The couple’s hard work and dedication ensured the company’s success. Jo put her business school education and secretarial experience to good use. She worked in the office, typed her husband’s speeches and prepared his slide presentations, and helped recruit other PMPs to join the National Pest Management Association (NPMA). John served as the NPMA’s 1973-74 president.

“Jo obtained a commercial pesticide application license in Alabama and Tennessee, which, in the 1960s, was unusual for a woman,” says daughter-in-law Lyn Cook, the company’s current secretary and treasurer.

After 24 years of operating out of the Decatur office, the couple expanded Cook’s Pest Control. It is now one of the nation’s largest pest management companies, with locations in more than 25 cities. It has 1,600 full-time employees and more than 300,000 customers.

Jo contributed greatly to the success of Cook’s Pest Control, Lyn says, even while raising a son and mentoring a daughter-in-law, enjoying and encouraging a grandson who currently serves as the company’s chief administration officer, and adoring her two great-grandchildren.

“Cook’s would not be the success it is today without her physical work and time invested, mental and emotional input in decision-making, spiritual input and moral character, and her roles as wife, mother, grandmother, and great-grandmother,” she says. 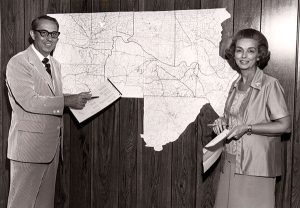 In the early 1960s, Jo and John helped create a Cookie the Cop mascot and catchy jingle. The song — inspired by a popular 1930s tune that opened with “Lookie, Lookie, Lookie, Here Comes Cookie” — is well known throughout the Southeast. It became so popular, the public rejected a new jingle created in 1981 to take its place.

In 1980, the couple launched Cook’s Natural Science Museum in a 5,000-sq.-ft. facility as a place to display John’s personal insect and wildlife collection. In 2017, the popular attraction will boast a new name (the Cook Museum of Natural Science) and a new location as it moves to a multimillion-dollar, 62,000-sq.-ft. facility featuring interactive and immersive exhibits.

Although John died in 2009, Jo still is involved in the family business. Now 88 years old, she volunteers at her church, using the latest technology to produce a monthly newsletter and serving on the missions committee. She also uses a book she wrote in 2014 titled Molded by the Potter’s Hand: Daily Bible Studies for Discipleship to teach a Bible study for women in the local jail.

Company: Cook’s Pest Control, Decatur, Ala.
Years in pest management: 66
Advice for women in pest management: “Take pride in the industry; we protect both health and property. Keep up with technology. Maintain your integrity and good moral character. Take care of your family, and encourage your employees to do the same. Treat your employees and customers with respect.”