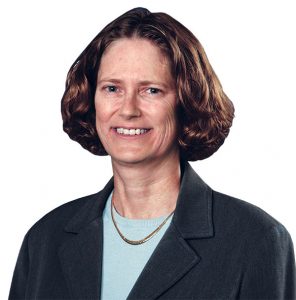 Judy Black, BCE, is the Denver-based vice president of North American technical services for Rentokil Steritech. The ability to recognize opportunities and then act is one of Black’s signature traits — and one, she says, that’s continually opened doors.

Black, for her part, has walked through many doors: In addition to her work with Rentokil Steritech, Black has served as chair on the National Pest Management Association’s (NPMA’s) technical committee as well as director of the certification board for the Entomological Society of America (ESA). If that weren’t enough, the NPMA honored Black as the 2012 recipient of its Women of Excellence Award.

But in the beginning, it was necessity that moved her toward the pest management industry. When the nation’s employment situation was tough, Black kept her eyes and mind open to new opportunities. 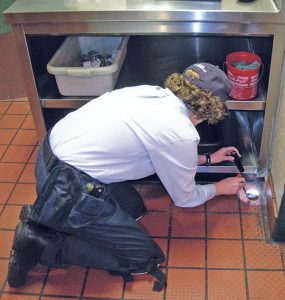 Black’s executive position doesn’t preclude her from getting in the thick of a field inspection.
Photo: Judy Black

During the recession of the late 1980s, job prospects for recently graduated agricultural entomologists like Black were limited. After completing her master’s degree from West Virginia University, she responded to an ad for a sales position in the pest management industry. This was the first of many opportunities Black acted on, thus beginning a storied 29-year-and-counting career in the field.

“I was patient and tried to learn everything I could from the successful people around me,” Black says. “I never pigeonholed myself into a stereotype, and neither did my bosses.” 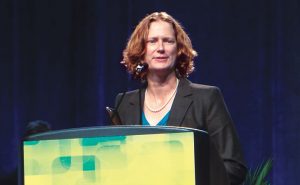 Leaving the door open to learning and opportunity, Black says, is one of the most effective ways for gaining a toehold in the pest management industry. And while the industry has grown into one that’s equally welcoming to both sexes, Black recognizes that sometimes the common fear among women of being perceived as “weaker” can be a detriment.

“Some women can get into a ‘Don’t show any weakness because you’re the only woman’ kind of mindset,” Black says. “I don’t think this is helpful to any woman or the team she’s working with.”

Black warns that once you get in a state of mind where you’re too focused on being “strong,” you’re missing teachable moments and opportunities for learning.

“Nothing builds relationships better than asking for help,” she says. “Maybe I’m just too old now to care, but I am more than happy to ask for help moving a beer cooler I can barely budge to get behind it to inspect!”

Company: Rentokil Steritech, headquartered in Reading, Pa.
Years in pest management: 29
Advice for women in pest management: “To be successful in any career, you need to be comfortable with yourself, be coachable, leave your ego at the door and listen.”