Authors’ Note: This edition of Face Off between Kurt and Eric Scherzinger is from a conversation they had in December 2011. 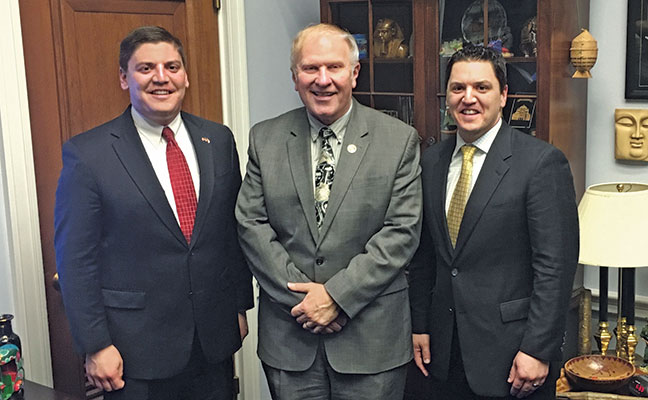 ERIC: Kurt, I saw an e-mail come through about the National Pest Management Association’s Legislative Day. What is that all about, and why would we want to be out of the office right before we start to get busy? I know you have gone for about four years, but why?

KURT: It’s a great opportunity to hear the issues that affect our industry, and have discussions with the lawmakers in Washington. I always feel like I have made a positive impact on our industry and business by attending each year.

ERIC: That is great if that’s what you think, but you know it’s just a formality for them to meet with you and they don’t actually act on your meetings. Besides, I heard through the grapevine a lot of them don’t meet with you individually anymore.

KURT: They do listen to the issues and concerns you bring up. Sometimes they don’t even know that it’s an issue affecting our industry or company until we let them know. While many times it is an aide that you are sitting down with, the aides are the ones who specialize in knowing what is going on with a specific sector. They’re the ones who advise the lawmakers on the direction to vote, with all the details.

ERIC: Understood, but what’s the point in me going? You’re already going, plus there are plenty of people who go every year. I have to get ready for the season like I said; you never listen to me when I talk!

KURT: Everyone who attends is in the same position in getting ready for the season. However, if they don’t step up and attend, their season may not look the same next year — laws may get passed that end up restricting their jobs. Besides, haven’t you heard there’s strength in numbers? Lawmakers truly want to hear from their constituents, not just a representative from our state.

ERIC: The lawmakers would never pass rules that would restrict our jobs. They know what small businesses deal with. They keep themselves informed from research the associations give them.

KURT: Although many lawmakers owned small businesses before being elected to Congress, they were not all small businesses in our industry. Most try to do what is right for businesses; it is our duty to inform them how different legislation will affect us. Besides, right now you know bed bugs are going to be the hot topic this year, and we want to be their resource for that.

ERIC: OK. I guess you can drag me along.

ERIC: Kurt, are we going again this year to Legislative Day? I just got the e-mail! I know it will be good to go again, with everything surrounding mosquitoes and the new administration being in office for a few months. Man, am I glad you convinced me to go to the 2012 meeting.

The fourth-generation pest management professionals can be reached at kurt@stopzbugs.com and eric@stopzbugs.com.

Eric Scherzinger is sales and marketing manager for Scherzinger Termite & Pest Control in Cincinnati. The fourth-generation pest management professional can be reached at eric@stopzbugs.com.

Kurt Scherzinger is general manager for Scherzinger Termite & Pest Control in Cincinnati. The fourth-generation pest management professionals can be reached at kurt@stopzbugs.com.