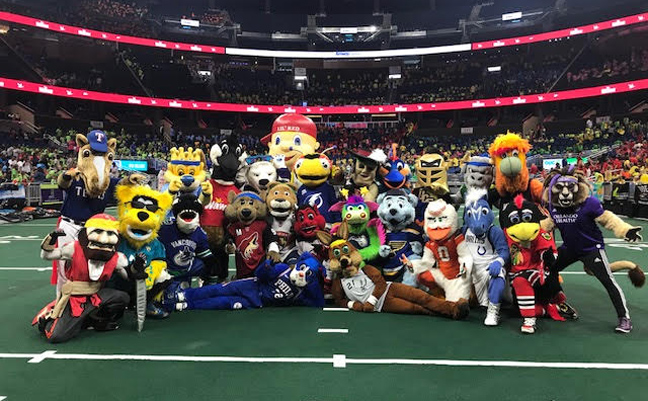 All 24 Mascots had a great time at the 25th Anni-FUR-sary of the Mascot Games. Photo courtesy of Truly Nolen 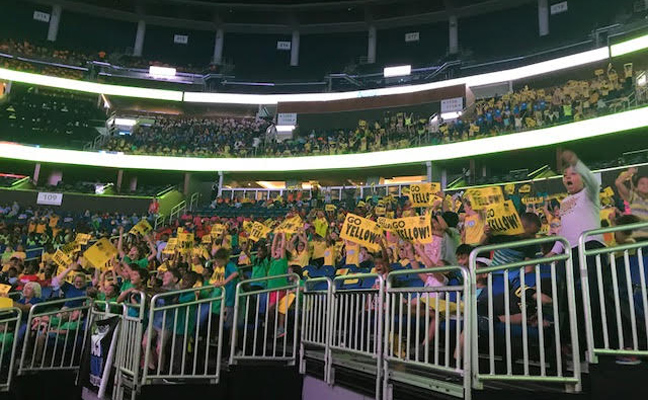 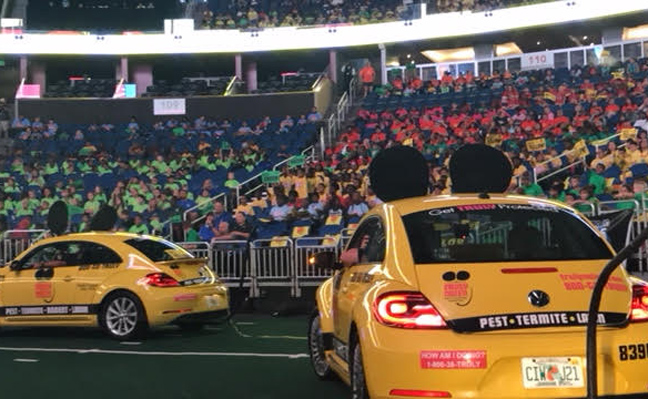 Two of three Mouse Cars that led Team Yellow onto the arena floor on Day One. Photo courtesy of Truly Nolen 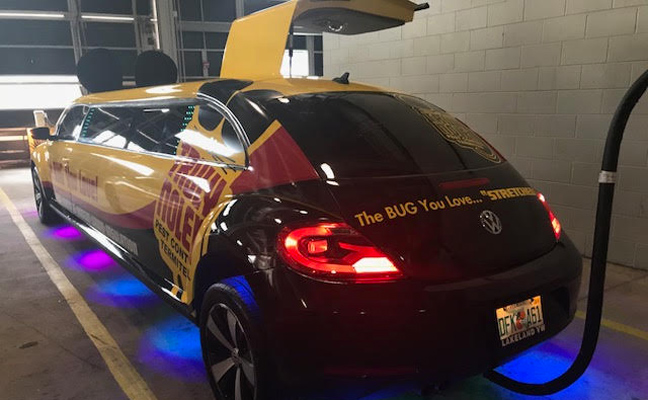 The LED Lights under the Mouse Limo were a big hit for Day Two’s entrance. Photo courtesy of Truly Nolen 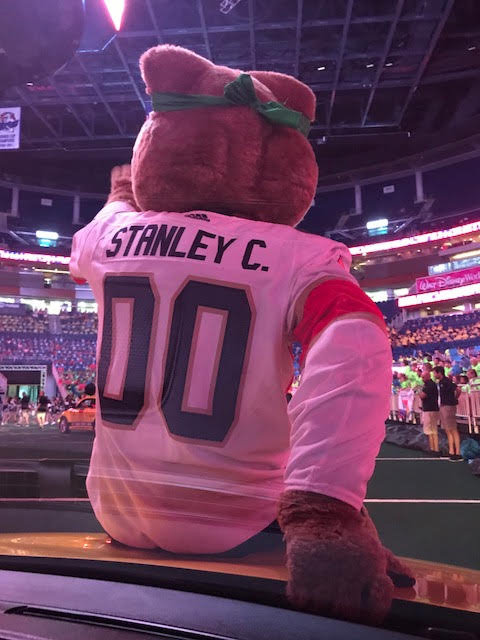 Stanley C. Panther of the Florida Panthers hitched a ride on the third Mouse Car as it went to exit the field on Day One. Photo courtesy of Truly Nolen 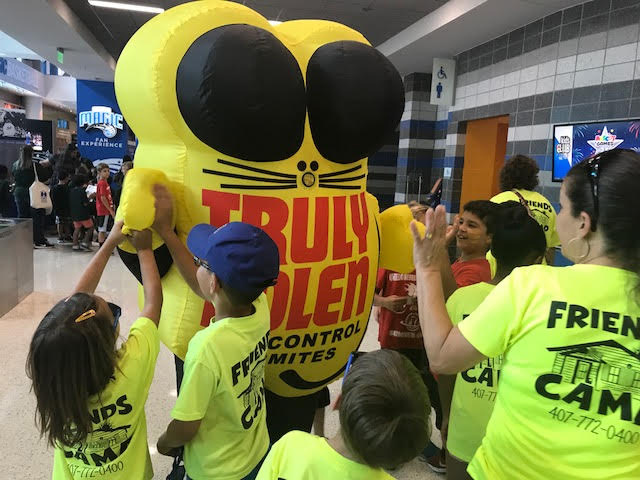 Major Mascot was popular with the camp kids on Day One. Photo courtesy of Truly Nolen 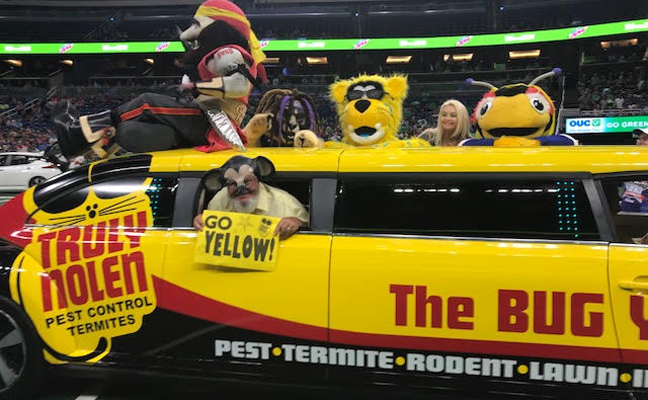 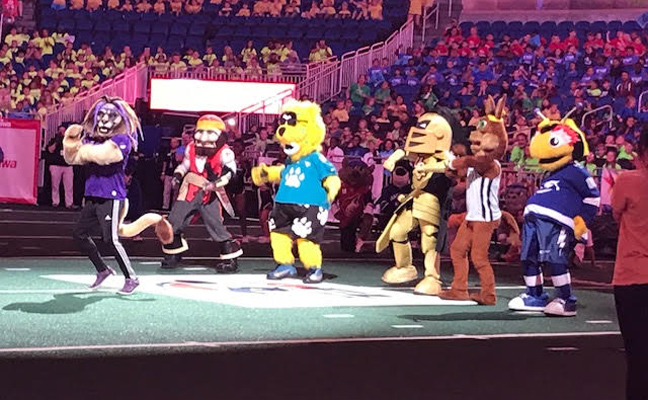 Team Yellow participating in the Dance Contest on day one. Photo courtesy of Truly Nolen

A team of mascots, which included Truly Nolen Pest Control’s Major Mouse, participated in the 25th Annual Mascot Games on June 22-23 at the Amway Center in Orlando, Fla.

Truly Nolen’s team, Team Yellow, placed second and third on both days of the event. For the 25th Anni-FUR-sary, Team Yellow was led by Jaxson de Ville, Jacksonville Jaguars mascot, and other participants included Captain Fear of the Tampa Bay Buccaneers, Knightro of the University of Central Florida Knights, ThunderBug of the Tampa Bay Lightning, Kingston of Orlando City Soccer and Coyote of the San Antonio Spurs.

On the first day of the competition, Team Yellow was led to the arena floor by three Truly Nolen Mouse Cars, and fans in Truly Nolen’s section went home with backpacks and Team Yellow placards. The Day One title went to Team Green, sponsored by the Orlando Utilities Commission.

In addition to on-site support, Truly Nolen was part of a #MascotGames Twitter conversation that made over 2,100,000 potential Twitter account impressions and trended in Orlando, Fla., on Day One. Truly Nolen gave away five 4-packs of tickets on Twitter in the week leading up to the event, shared videos on Facebook showcasing the triple Mouse Car entrance and the Mouse Limo’s entrance to the field, both from inside the vehicle. Major Mouse was stationed in the concourse along with a Truly Nolen booth for attendees.

Between the antics from the mascots such as Franklin from the Philadelphia 76ers breaking out his dancing moves to the fan participation from the families in attendance, we were ecstatic to once again be able to share such fun content on Facebook, Twitter and Instagram with our followers.

Mascots from MLB, NFL, NBA, NHL, ECHL, MLS, NASL, and NCAA were divided into four teams as they competed against one another. All proceeds from the Mascot Games Presented by Wawa benefit New Hope for Kids, which provides support to children and families grieving the death of a loved one, and grants wishes to children with life-threatening illnesses in Central Florida. Since its inception, the event has raised more than $500,000 for New Hope for Kids.

Truly Nolen plans to return to the games next year to take the winners title in 2019.