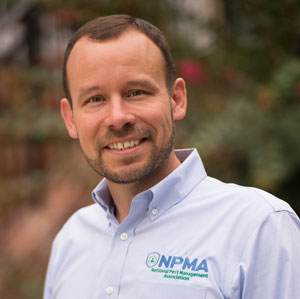 Pest management professionals (PMPs) sometimes refer to general pest control (GPC) as a way to lump all of the “other pests” that are not wood-destroying insects (WDI) or bed bugs into a manageable group. However, the list of remaining pests is still long: cockroaches, fleas, mosquitoes, spiders, pantry pests, rodents and multiple species of ants all fall into this category.

Regardless of whether your company’s GPC service actually covers all of these pests, your clients probably believe it does. It’s a good idea, then, to explain exactly what is — and isn’t — covered under your company’s service agreement. Do this before service begins, to avoid misunderstandings down the road.

Typically, once the initial target is controlled, the account settles into a maintenance phase. Monitoring and preventive applications take center stage, but the most common encounters primarily are with arthropods.

In a 2016 survey of suburban homes in North Carolina1, researchers from North Carolina State University found that of 50 homes sampled around Raleigh, N.C., 100 percent of the homes inspected contained cobweb spiders, ants, carpet beetles and gall midges. When’s the last time you spoke to a client about gall midges (Cecidomyiidae)?

Perhaps the reason many of these commonly encountered arthropods aren’t considered pests is because they are relatively small and frequently go unnoticed. But it makes sense to include these groups in training programs and in conversations with clients about what pests are included in their “general pest control” service.