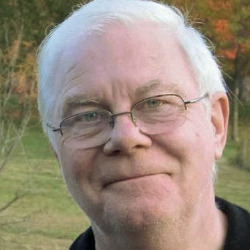 The easiest way to identify a tick is by the number of legs it has. Like other arachnids, ticks have eight legs in the nymph and adult stages, but only six legs in the larval stage (the so-called “seed tick” stage that hatches from the egg). Ticks have flattened, grape seed-shaped bodies; when the females are engorged, they have a rounder, lighter-colored body.

Ticks generally wait for host animals on grasses and shrubs with legs extended, a behavior called “questing” onto the host. When an unsuspecting victim brushes against them quickly, the questing ticks let go of the vegetation and climb onto the host. Ticks can only crawl; they cannot fly or jump.

Ticks may seem relatively benign, but they’re not. Certain species actually can be dangerous and have been linked to diseases such as typhus, Rocky Mountain spotted fever and Lyme disease, as well as Q fever, tularemia, bovine anaplasmosis and tick-borne meningoencephalitis.