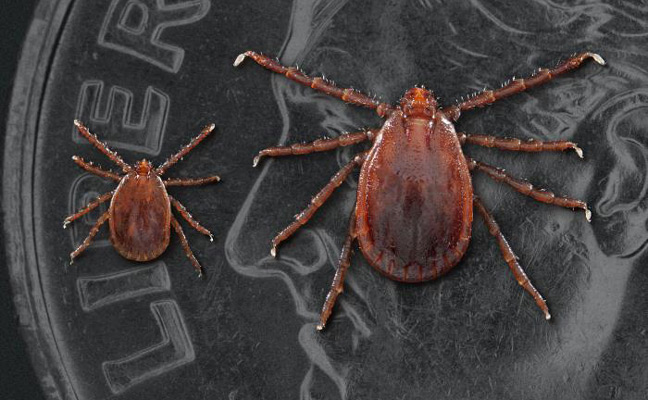 The Asian longhorned tick (Haemaphysalis longicornis) is an invasive species that not only threatens livestock in the United States, but can transmit a fatal human disease in its native countries. Because it can reproduce asexually, the tick’s populations can multiply quickly.

The tick was first discovered in the United States on a pet sheep in 2017 in Hunterdon County, N.J. In 2018, the population was found to have overwintered and survive. Adding to the problem is that this tick can easily be mistaken for two native species that don’t carry nearly the threat it does: the rabbit tick (H. leporispalustris) and the bird tick (Ixodes brunneus).

The Center for Vector Biology, part of the School of Environmental and Biological Sciences at Rutgers University, New Brunswick, N.J., teamed with other scientists recently to create a guide that “makes it easy for anyone with a powerful enough microscope to tell the Asian longhorned tick apart from those North American cousins, as well as a Central American species,” according to Rutgers Today. The key — and its related research — was published in the Jan. 23, 2019, edition of ZooKeys.

“To begin to understand the threat posed by Asian longhorned ticks in the United States, we need to know the full extent of its distribution,” Lead Author Dr. Andrea Egizi, a visiting professor at the Center for Vector Biology and a research scientist with the Monmouth County Tick-borne Disease Program, told Rutgers Today. “We made this key so that researchers across the country have an easier way to identify them.”