Pest Management Professional (PMP) earned one national and nine regional awards in 2018 from the American Society of Business Publication Editors (ASBPE), bringing the total number of awards received since 2014 to 37.

The organization recognizes editorial, design and online excellence for business-to-business, trade, association and professional publications. Its annual Azbee Awards of Excellence competition is open to all U.S.-based publications. 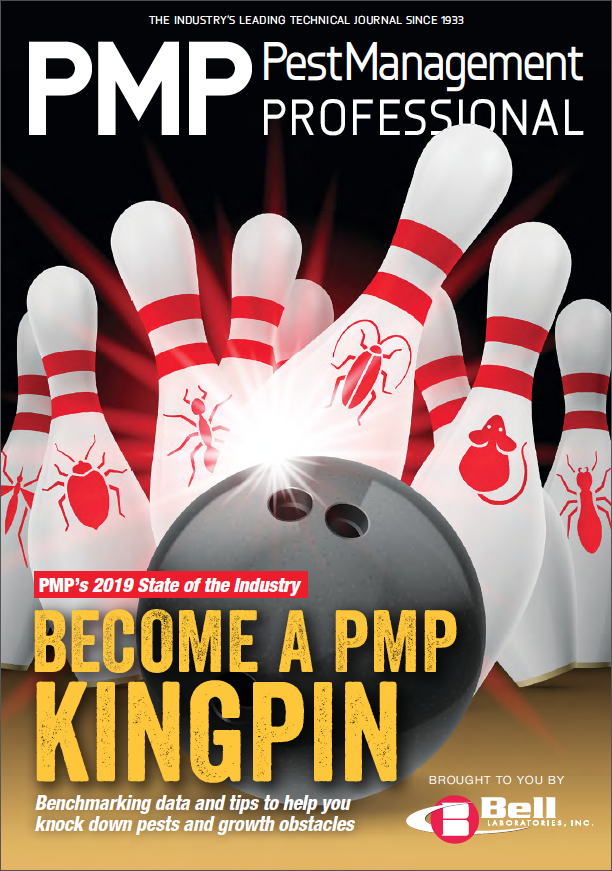 PMP received a bronze national award in the Print/Special Supplement category for its State of the Industry report, which appeared in the November 2018 issue. The prize was announced at the Azbee Awards of Excellence banquet held during its annual conference in St. Petersburg, Fla., on May 9.

ASBPE was launched in 1964 as the American Society of Business Press Editors. Members of this professional association include full-time and freelance editors, writers, art directors and designers who work for business, trade and specialty publications. It represents more than 2,000 journalists for business-to-business publications.