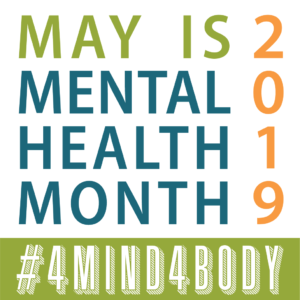 DP, also known as Ekbom’s syndrome (after its founder), is a delusional disorder in which someone thinks he or she is infested with bugs, fleas, insects, mites, parasites, worms or other organisms when an infestation is not present.

According to studies by Dr. Nancy Hinkle, a professor of entomology at the University of Georgia, tens of thousands of people in the United States suffer from these “invisible bug” infestations. Classified as a mental disorder, individuals impacted by DP experience visual or tactile hallucinations, mistaking common materials such as lint and skin debris as the bugs causing their discomfort.

Signs and symptoms of DP vary, but some of the most common include:

In extreme cases, DP can become so overwhelming that people will throw away all of their clothes and other “infested” items, abandon their homes and even isolate themselves from others to avoid infesting them.

Rose Pest Solutions’ five board-certified entomologists, who specialize in integrated pest management practices, are well-versed in responding to the rare situation when a customer’s service call is actually a DP situation.

One is Mark “Shep” Sheperdigian, VP of technical services and a PMP columnist. With nearly 40 years of experience in the pest management industry, Sheperdigian has responded to many pest management challenges, including situations with customers demonstrating DP symptoms. He and all of his Rose colleagues respond seriously in such instances.

“People really do think they have some kind of bug living inside of them,” says Sheperdigian, who has been with Rose since 1987. “They will show me samples on their body after they’ve constantly been digging, and they’ll have skin scars, scabs or some other type of indication where you can tell they’ve been constantly digging at their skin.”

Those who suffer from DP usually don’t believe they have a psychiatric problem, and many won’t actively seek help from mental health professionals. Instead, they will often approach pest control companies to treat their perceived pest infestation. Rose entomologists and service technicians never turn anyone away or dismiss the infestation described to them and rule out every possible chance of a pest problem before considering a customer may have DP.

“While I could never make a diagnosis of delusory parasitosis, I always offer to help if someone thinks there is a problem,” Sheperdigian says.

In these cases, Rose Pest Solutions can help by checking for a variety of pests that are often overlooked by the “untrained eye,” such as bed bugs, bird mites, biting midges and other tiny biting arthropods. Once the possibility of such pests is eliminated, Rose will encourage someone to seek medical attention. A trained physician should be able to recognize medical conditions or parasites, such as scabies, and then treat them.

In the absence of urban pests and medical conditions, it is proper for the physician to recommend mental health support. Rose, however, does not practice psychiatry and will never make a mental health diagnosis.