If you offer it, they will come 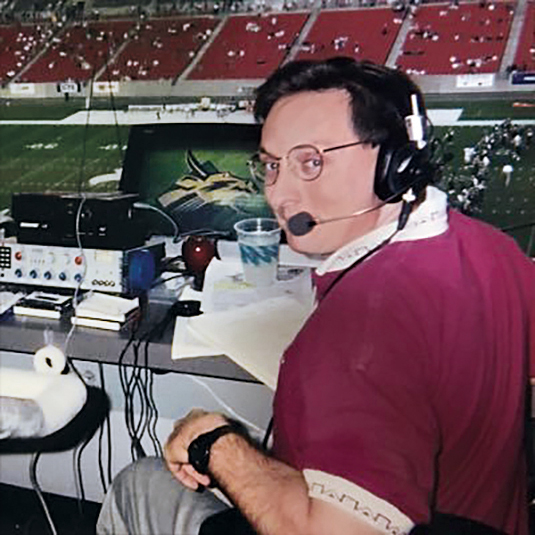 Twenty-five years ago, when I was a young sports broadcaster, I got a job in Cleveland, Miss., at Delta State University. I was the play-by-play man for the Delta State Statesmen (also known as the Fightin’ Okra, to those who are familiar with the Delta). It was a fun job, but it didn’t pay very well.

To supplement my income for me and my young bride, I had to take a lot of side gigs. Junior high girls basketball, playoff high school football, weekend sports talk show, late-night producer for a hip-hop DJ — these were just some of the jobs I performed to put food on the table. But without question, the most interesting job, and the one from which I learned a lot about business, was being the host of a three-hour monthly infomercial for a retail store in Shelby, Miss.

Every month, I would take my DJ gear to Shelby and set up at Aaron’s Department Store. Aaron’s was operated by a super sweet guy by the name of Sam R. We would broadcast live on Jammin’ 104, the local R&B radio station. Basically, Sam was purchasing the airtime on Jammin’ and then paying me for my three hours. I think I was making $20 per hour back then for Sam, and the radio station paid me for the airtime, so I was doing pretty well.

To this day, the three hours I spent with Sam each month was one of the most fun jobs I’ve ever had. I would play three or four songs, and then Sam would get on the mic and tell everyone in the Delta what kind of deals he had going on at his store. He was an incredible showman, and he knew how to make people want his products.

One April, during tax season, Sam had a truckload — literally — of money brought to his store. He also had a truckload of leather coats. Sam made me go on the air and hype the fact that if people wanted to bring their tax refunds to his store, he would cash their checks and give them 100 percent of their money back. No fees! All customers had to do was to buy one of his leather coats.

Now keep in mind, this was Mississippi. In April. It’s hot!

As I was setting up my equipment, I told Sam I thought he was crazy. I firmly believed no one was going to take him up on his offer.

By 9:15 a.m., Sam already had a store full of shoppers. By 10 a.m., you could barely move within the four walls. He sold more than 200 coats that day, and even made a huge profit on the secondary items customers also picked up.

I learned a valuable lesson that day: If you make shopping easy, people will have fewer reservations about spending their money. It also helps if you make a great offer. Sam’s “hook” was offering to cash listeners’ checks, regardless of amount, as long as they bought a coat. Someone could have bought a $100 coat and brought him a $1,000 refund check, and Sam would have been out $900.

But his offer was so appealing, customers ended up spending most of their refund checks on Sam’s items. 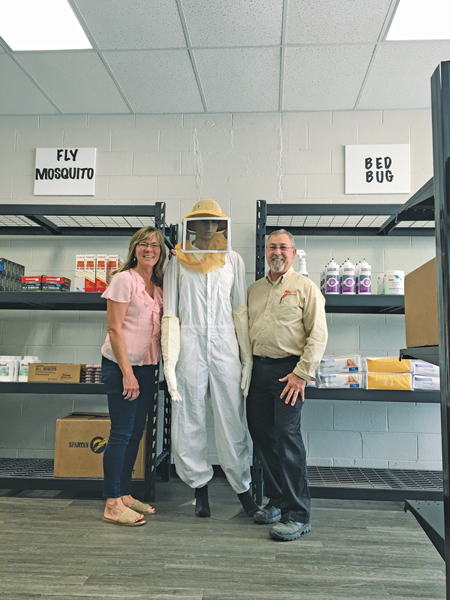 I’m also offering free advice. That’s our “hook.” We are promoting the fact that anyone with a pest problem can stop by our retail store and seek counsel, no strings attached.

During our first month in business, we had nearly a dozen people stop by our store to discuss mice, ants, bed bugs, mosquitoes and more. They even brought us samples! We didn’t sell a lot — only $752 — but it was exciting to have people seek us out as their go-to source for pest control information.

Obviously, I’m not reinventing the wheel — many pest control firms sell retail items. With that in mind, my next step is to promote my business better. I recently wrote an article on pest control for our local newspaper, The Northwest Herald. Not only did the Herald run my short news story, they also ran it in their sister publication, the Business Journal.

My storefront is located at the corner of highways 120 and 31, which happens to be one of the busiest intersections in McHenry County. This summer, I’ll have a high schooler dress up in a bee suit and hand out fly swatters to passers-by. I’m also going to get an A-Frame billboard sign and list daily specials in front of our space.

One thing I will not be doing is live remotes with a DJ. But maybe next April, I can have people bring in their income tax returns if they buy a case of mousetraps?