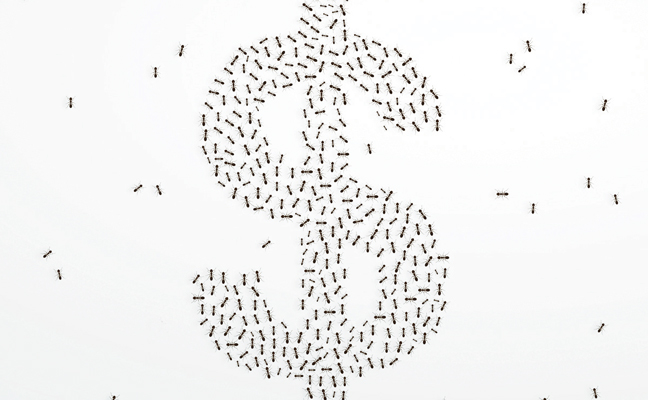 No matter where in the United States you offer pest control services, ants are good for business. Lately, they seem to be everywhere.

“Everyone has them, and no one likes them. Except us. We love them,” Jake Claus, ACE, president of Natura Pest Control in Vancouver, Wash., says with a laugh. “Over the past few years, we definitely have seen a significant increase in ant activity.”

Ants account for 70 percent of Natura Pest Control’s annual revenue. “It seems as though our city is built on one massive anthill,” Claus says. “With mild winters, wet and rainy springs, and warm summers, our area is the perfect breeding ground for major ant issues.”

The wet weather has helped boost revenue for many pest management professionals (PMPs), as customers tend to report increased activity when it’s rainy. The amount of precipitation in the contiguous United States is more than 6 inches above average for the first time in 120 years, when records were first kept, according to the Washington Post.

The mild weather patterns have been ideal for OHA, Claus says. This species has been holding steady at No. 2 in PMP’s 2018 and 2017 Ant Management Surveys. In 2016, however, it ranked No. 5.

Argentine ants (Linepithema humile) round out the Top 5 ants that generate the most jobs and callbacks for the PMPs who took this year’s survey. The invasive species displaces native ants, as it is aggressive and territorial.

These invaders show no signs of stopping, according to the PMPs who took our survey. “If climate changes continue, and temperatures and precipitation continue to climb, we will see more and more ant species invade our continent, especially down south and up north,” says Bery Pannkuk, ACE, director of sales, Rose Pest Solutions, Winnetka, Ill.

A proliferation of ants isn’t the only reason for revenue growth. PMPs who answered our 2019 Ant Management Survey said when the economy appears to be on the rebound, ant management work picks up.

“Our Pest Protection Plan covers ants as the star of crawling insects,” Nieves says. “It has increased our numbers this season, for sure.”

Of course, it helps that calls for ant work have risen over the past few years. “This year has been nuts with ants,” he says. “The weather definitely has increased the number of calls for ant control.”

PMPs who offer ant management services are reaping the rewards this year.

“If you are in the pest control industry, I can’t think of a reason why you wouldn’t offer ant control as one of your services,” Pannkuk says.