Employees are your biggest asset 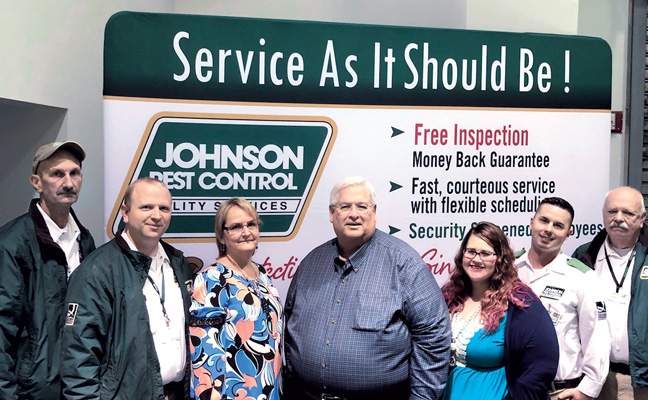 When I started my business in 1984, I really didn’t know what was in store for me as my business grew. For the first year, I was the chief cook and bottle washer. I shook a lot of hands and kissed a lot of babies as I sold and serviced new accounts every day.

After one year, I was ready to hire my first employee. Now, this was a totally new task for me, as I had never hired anyone before. I had to learn the hard knocks of hiring all by myself. At that time, I was not yet a member of the National Pest Management Association (NPMA). It’s a shame, really, because the NPMA offers great resources to help its members with the hiring process. My road to success was paved with a lot of hiring mistakes.

Back then, it seemed there were a lot of good candidates to choose from. It was unlike today, as companies are really struggling to find applicants and hire qualified workers. The steps employers must take today, such as requiring drug tests and background checks, would not come into play for years to come. Still, the more I hired, the better I got at choosing the right people.

Keva’s computer setup today is a little different than in the 1980s, but her fantastic work ethic has remained the same. PHOTO: RAY JOHNSON

One of those “right people” is Keva Shorter, who has been with us for more than 30 years. (Editor’s Note: For more on Keva, check out “Employee milestones are business blessings,” from our November 2018 issue.) She also has helped me choose some of the folks who are still with us today.

Donna Coker, my operations manager, has been with the company for 14 years. She now plays the vital role of helping me hire. In fact, I really just leave hiring to Donna, as she is much better at it than me. She has an incredible knack for sizing up people, and is an exceptional interviewer.

My service supervisor of 10 years, John Deyo, is a true gem. If only I could hire 10 more just like him, what a wonderful world it would be. John is the hardest worker I’ve ever seen; he has more oomph than the Energizer Bunny.

Tony Poster has been with me for 12 years. I hired Tony right out of high school — something you can’t even do anymore, thanks to insurance regulations. Tony’s customers love him and he’s a great route manager, always running the largest route at Johnson Pest Control.

Kevin Fritchman, also a 12-year employee, has been a favorite with his customers. We’ve used his friendly face on our brochures, and he’s the star of our TV commercials.

Darrell Bledsoe has been in our sales department for eight years. As a former builder, he’s brought a ton of knowledge about construction that’s helpful in the termite department.

Lori Johnson, my daughter, has four years with Johnson Pest Control, but she also worked for a Georgia pest control company for three years. I think the opportunity Lori took to work in a business that didn’t involve her family gave her invaluable experience. When she came back, she was full of new ideas and renewed energy.

We even have two employees we hired three different times: Amy Leonard (nine years total) and Adam Gibson (seven years total) were both worth hiring a third time. My mother always told me not to burn your bridges when leaving a job, and I guess Amy and Adam got that advice, too. (Editor’s Note: Learn more about “Dude,” Ray’s mom, in “5 lessons PMPs should abide by,” from our August 2018 issue.)

Robbie Tillman, who has been with us eight years, is a great family man with five children. His entire family always builds a manger scene, and acts out the parts of the Wise Men on our float at the Sevierville Christmas parade.

Jeff Calhoun (five years) and Eric Munzer (three years) are two of my hardest workers ever. I’m sure the fact that both are also proud new dads helps spark that energy, too.

Frankie Johnson, no relation, has three years with us now. He has worked in both the pest control and termite departments. His flexibility comes in handy when we have a general pest control customer with a termite issue and vice versa.

Then there’s Katie Welch and Nathan White. They’ve both been with us for about a year. They do a tremendous job, provide great customer service, and are a testament to what happens when stellar hires are educated in a strong company training program.

This summer we hired Joshua Stowe and Jacob Coffey. We are excited to have them onboard, and look forward to their contributions to Johnson Pest Control’s growth.