Why pest IDs are so important 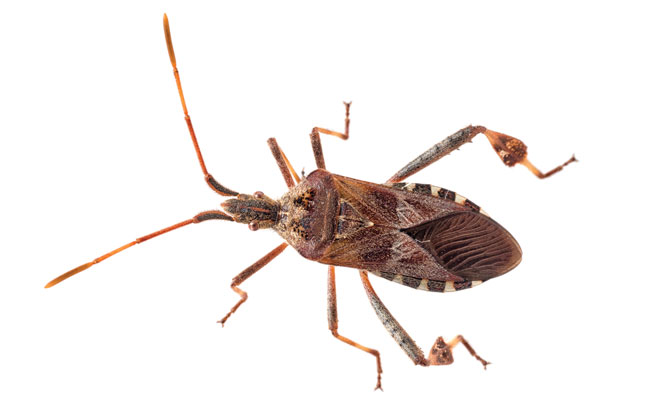 A western conifer seed bug by any other name would be just as sweet.

To some, this (mis)quote may sound familiar, as it’s lifted from one of the most famous plays ever written: Shakespeare’s Romeo and Juliet. The correct quote is “A rose by any other name would smell as sweet.” These words are intended to illustrate Juliet Capulet’s conviction that despite Romeo Montague’s last name, and the feud between their families, she is still in love with him.

But despite Juliet’s insight, when it comes to common names of pests, names do matter — and they can be confusing. For instance, the Norway rat likely had its origin in Asia; the American cockroach hails from Africa; and in Germany, Blattella germanica often is referred to as the Russian cockroach.

In recent years, another common misnomer has been complicating the identification of an overwintering pest in the eastern part of the country. The western conifer seed bug (Leptoglossus occidentalis) is a leaf-footed bug (family Coreidae) that feeds on the seeds and developing cones of several species of coniferous trees. As cold weather arrives, western conifer seed bugs may congregate in large numbers on the outside of buildings and seek overwintering harborage sites inside structures, much like boxelder bugs (Boisea trivittata) and brown marmorated stink bugs (Halyomorpha halys).

The trouble arises when pest management professionals (PMPs) in the eastern United States attempt to identify it. Even when all the identifying characteristics are present (flattened, leaf-like projections on its hind tibia, 0.75-inch length, dull brown color with white zigzag stripes across the midpoint of its dorsal surface), East Coast PMPs often will hesitate to make a positive identification due to its common name, the western conifer seed bug.

Sure, the bugs originated in the western United States, but they have since spread through commerce to the northeastern and eastern parts of the country where they are now established. So, you see, a western conifer seed bug by any other name would be easier to identify in the eastern United States.