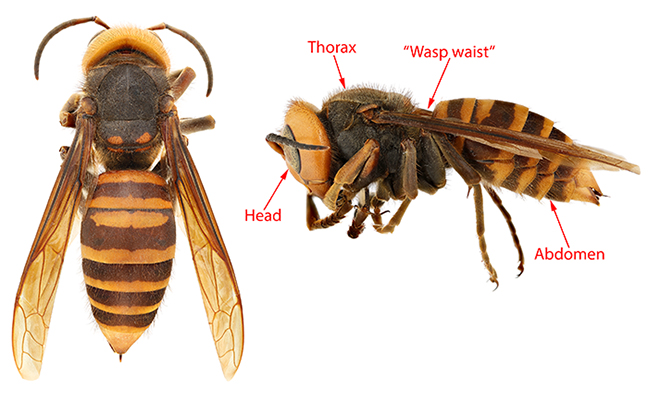 On July 26, the TV program CBS Sunday Morning aired a nearly six-minute piece titled “Invasion! Asian giant hornets have arrived.” Kudos to them for not referring to Vespa mandarinia as “murder hornets,” at least not in the title.

We’ve been following the saga of these hornets since late April, when we learned that a team comprised of researchers at the Washington State Department of Agriculture (WSDA) and Washington State University (WSU) launched a program that asks the public to report any and all sightings of the stinging insect that clocks in at 2 inches plus.

The hornet has produced click-bait headlines for outlets touting warnings of the “murder hornet” invasion, even though only five have been sighted so far on U.S. soil, all near one county in the state of Washington. The fright associated with the insect has led to countless “2020 in a nutshell” memes as the public deals with the pandemic, protests and more this summer. It also led to numerous false positives, coast to coast.

The National Pest Management Association’s (NPMA’s) July 28 BugBytes Podcast episode features hymenopterist Dr. Lynn Kimsey, as she dispels myths and rumors about the insect. In addition, Texas A&M recently cleared up some confusion with the online article “It’s big, but it’s not a ‘murder hornet.'” The ones most likely to be confused with Asian giant hornet are the eastern cicada killer (Sphecius speciosus), the Pacific cicada killer (S. convallis), and the western cicada killer (S. grandis), as well as the pigeon horntail (Tremex columba). The article helpfully links to a YouTube video that details the differences among the insects.

The Tacoma News Tribune this week also found that a horntail, or wood wasp (species not defined) was mistaken for an Asian giant hornet in Washington state. The article noted that, according to the University of California Agriculture and Natural Resources’ pest management team, although “wood wasps can be a noisy, and sometimes scary, nuisance, they aren’t a threat to anyone or anything. Waiting out the life cycle and repairing cosmetic damage is about all that can be done in an infested building.”

Still, if your customers are begging you to come remove their murder hornets, take every precaution along with your grain of salt. Even if it’s a case of mistaken identity — a cicada killer or a European hornet (Vespa cabro) — they’re counting on you to be compassionate, knowledgable, non-condescending and capable in the situation. Spread the word that you and your team are all of those things, and educate them on what’s fact vs. fiction.