From one family-owned company to another 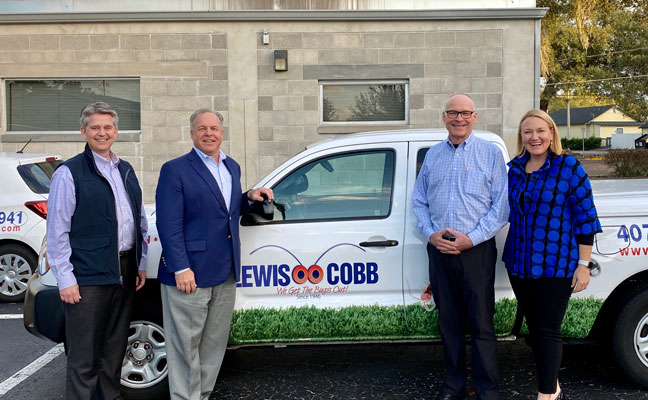 As the brothers approached retirement age, they agreed the time was right to sell the nearly 75-year-old business.

“It was an emotional decision not taken lightly, since there were long-term relationships with employees and customers,” Roger says. “The time had come to enjoy retirement activities and grandchildren.”

Three generations of the family have worked at Lewis Cobb Pest Control. The company started out in 1946 as Rudler Exterminating. Owner Tyn Cobb hired the brothers’ father, Richard, to manage it. In 1958, Lewis Cobb Exterminating Co. was formed, and eventually Richard and his wife, Carolyn, bought the company. For the past 25 years, Roger’s son Rob has been working there, too.

The brothers wanted to find a buyer that would treat its employees and customers right.

“Lewis Cobb’s reputation in the Orlando market was more than 70 years in the making,” says Roger. “It was important that we found a buyer who would continue the traditions of protecting our customers’ health and property.”

On Jan. 9 of this year, Lewis Cobb Pest Control merged with Arrow Exterminators.

“I can honestly say our merger with Arrow Exterminators was so smooth that I would not have done anything differently,” Roger notes. “Their merger/acquisition team’s expertise and experience made the transition seamless, and they provided assistance to us every step of the way.

Because of its low turnover rate, “selecting a company that would make their continued employment a priority was very important in our decision-making process,” he says. “We also knew Arrow Exterminators would provide a seamless transition for our customers.”

Lewis Cobb sent customers a letter about the impending merger, and he says customer feedback has been very positive.

Roger advises pest management professionals who may one day sell their companies to carefully select a team of professionals — a mergers-and-acquisitions broker, an attorney, and a certified public accountant — who have experience with the sale of pest control companies.

Once it was clear Arrow would be a good fit, the acquisition process took approximately five months from start to finish.

“The Arrow team understood the trepidation people would be feeling, and spent a great deal of time to make them feel comfortable and reassured,” Roger says.

Communication between the buyer and seller helps avoid surprises at the closing, he adds. Being organized is helpful, too. The ability to easily access the “tremendous amount” of information required during the acquisition process will save time for everyone involved.

“We had a wonderful experience with Arrow, and feel confident that our customers and employees are in good hands,” he says.