What to expect from new EPA leader 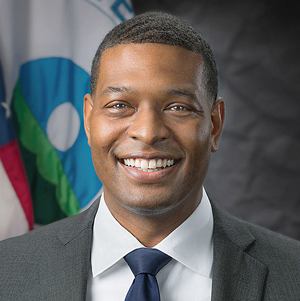 Fifty years ago, the U.S. Environmental Protection Agency (EPA) was established to develop and enforce regulations that protect human health and the environment. Because all pesticides used in the U.S. must be registered with the EPA, the agency plays a key role in the pest management industry.

Although the Federal Insecticide, Fungicide and Rodenticide Act (FIFRA) governs the registration, distribution, sale and use of pesticides in the United States, it is the EPA that establishes the requirements for pesticide labeling, packaging, worker protection, registration, experimental use permits, restricted-use classification, federal or state agency use exemptions, storage, disposal, transportation and recalls.

With each new presidential administration comes a new EPA leader who may propose and adopt changes that could affect the pest control industry. The EPA administrator is selected by the U.S. president, and the appointment is confirmed by the Senate. This year, President Biden nominated Michael Regan, who served as secretary of North Carolina’s Department of Environmental Quality since 2017, but began his career at the EPA. Regan’s appointment as head of the agency was confirmed on March 10 by a Senate vote of 66 to 34.

The National Pest Management Association (NPMA) has a long history of working with EPA administrators. The NPMA says it supports Regan’s appointment, and sent him a letter of congratulations that highlighted the pest control industry’s interest in the important role the agency plays in pesticide regulation.

“Our organization prides itself on the excellent working relationship we have fostered with the EPA’s Office of Pesticide Programs [OPP] across multiple administrations,” says Dr. Jim Fredericks, the NPMA’s VP of technical and regulatory affairs and Pest Management Professional’s “Callback Cures” columnist. “This relationship is grounded in the belief that a well-informed EPA, provided with up-to-date data and information, is good for both the structural pest control industry and consumers.”

What does Regan’s appointment mean for the pest control industry? The policies the EPA enact often align with the administration’s agenda, and it’s no secret that President Biden is focusing on climate change and clean air.

“Climate change is a top priority for the entire Biden administration, including the EPA. All federal agencies have been tasked with reviewing their efforts to determine how their programs might impact climate change,” Dr. Fredericks tells PMP. “As a result, we can expect that much of the federal environmental and economic policies for the next four years will include climate-related issues.”

Research shows climate change has an impact on pest control. Dr. Fredericks notes that the Fourth National Climate Assessment, a 1,500-page report published in 2018 by the U.S. Government’s Global Change Research Program, projects climate change will “alter the geographic range and distribution of disease-carrying insects and pests, exposing more people to ticks that carry Lyme disease and mosquitoes that transmit viruses such as Zika, West Nile, and dengue, with varying impacts across regions.” He says the NPMA will continue to engage with the EPA on this and other topics that may affect the pest control industry.

In addition, Dr. Fredericks says, the NPMA expects the EPA to enact policies that will affect the structural pest control industry, but the association does not anticipate any surprises.

The EPA also is expected to release its findings of the sulfuryl fluoride clearance device testing that scientists in the OPP’s Benefits and Economic Analysis Division completed in response to an EPA report on structural fumigation that was published in 2016.

In March, the agency raised concerns about unregistered and illegal imports of liquid dichlorvos — an insecticide no longer registered for use in the U.S. in liquid form — on commercial airline flights.

Dr. Fredericks recommends those who are unsure about a pesticide, rodenticide or insecticide purchased online to stop using the product and immediately report it to the product registrant.

Making room for pesticide preemption in the Farm Bill