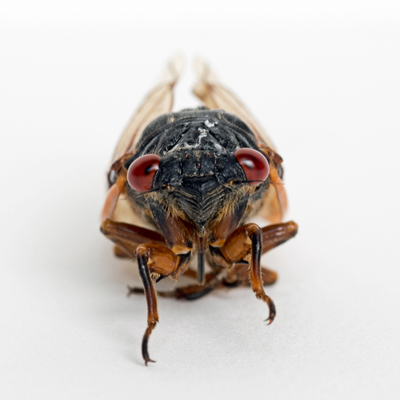 Birds have famously taken down aircraft mid-flight, and now word is out that insects have prevented a plane from taking off.

Brood X cicadas, which are emerging now in 15 states, made their way into the engines of a plane in Washington, D.C., that was scheduled to take journalists to Europe to cover President Biden’s first official trip there, according to The New York Times.

The high numbers of this periodical cicada (Magicicada spp.), which emerge from the ground every 17 years, is to be expected; hundreds of thousands per acre are common with this species. Their ability to ground a plane simply supports this fact.

But the nation’s capital has been hit especially hard. The Washington Post reports the insects have been picked up on Doppler radar in the area and are showing up on weather maps, even though they are not especially strong fliers.

A different plane was called into service from New York and took off safely on June 9. The journalists, who received word their cicada-filled flight would be delayed before they boarded, left Washington, D.C., in the wee hours of the morning instead of their scheduled time of 9 p.m.

Brood X cicadas have black bodies, red eyes and wings with orange veining. Because populations of Magicicada are so high, predators are unable to make a significant dent.

Cicadas are not poisonous, do not transmit disease, and do not sting or bite. Typically, they will fly away when approached, but if you have a photo of yourself with a cicada, please share it with us on Facebook!