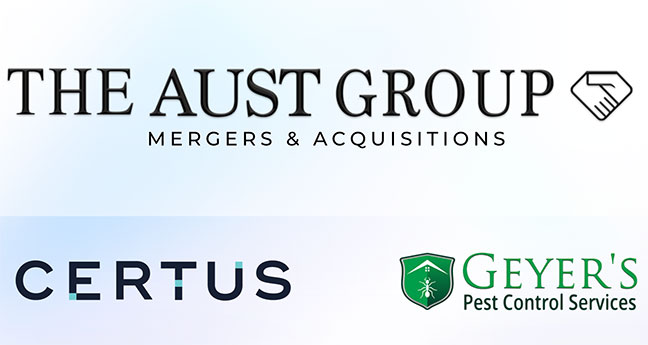 Based in Acton, Calif., Geyer’s Pest Control Services was founded by Mark Geyer in 1999. He has been involved in the pest control industry for more than 40 years, having started as a service technician in 1980. Geyer’s provides pest and gopher control services to customers throughout the San Fernando Valley, Santa Clarita Valley and Antelope Valley.

In a news release from The Aust Group, Geyer noted that he and his staff were excited to join the Certus team and help add density to Certus’ existing footprint in the Greater Los Angeles area.