Use different team member perspectives to your advantage 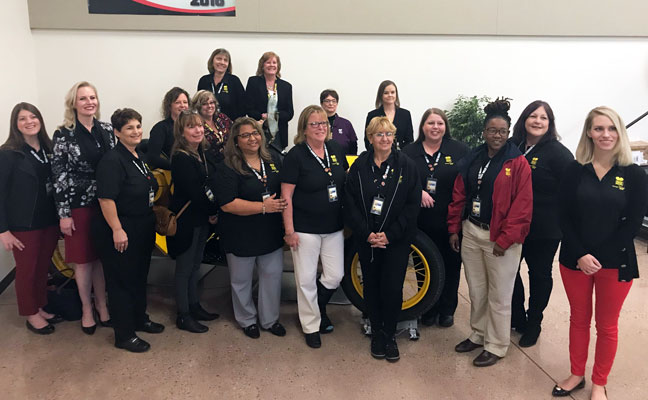 A January 2018 manager meeting at Truly Nolen Pest Control. Scarlett Nolen stands at far right. She was a little over a year away from becoming the company’s president. PHOTO: TRULY NOLEN PEST CONTROL

In my previous blog post, I talked about the importance of shaping the customer experience using input from your internal team. One area where a pest control company can make an immediate mark is by also considering different perspectives including women and millennials.

There is a perception among outsiders that our industry is male-dominated and older. While that may have been true at one time, I am happy to say many pest control companies, including ours at Truly Nolen, have more women join their teams.

In addition, these same companies remain steadfast in the importance of growing their millennial workforce. By 2025, 75 percent of the workforce will be millennials — as well as America’s largest buying segment. For that reason, having them as part of our industry now will give companies an early advantage.

In fact, while I realize I am speaking as a woman millennial and the president of our company, more women regardless of age are involved in pest control executive roles than ever before. Some of these women include Emily Thomas Kendrick, president and CEO of Arrow Exterminators; Robin Mountjoy, president and general manager of Connor’s Pest Control, and Shelby Hawkins, president of 5-Star Termite and Pest Control.

Currently, our company has nine female service office managers, a figure we are proud of as it has tripled since October 2015, and hundreds of female team members.

One reason I believe millennials are finding their way into pest control employment is because the industry can offer a quality career path for someone between the ages of 23 and 38 (the typical age of millennials today).

According to a recent survey by Storyblocks, millennials are more than twice as likely as older generations to attempt different creative tasks for the first time. Therefore, our industry can be a leader by incorporating ways to use their non-pest control talents for things that can help them on the job. Whether it is a company’s marketing department or in research and development, for example, there are ways millennial talents can be harnessed — in addition to simply coming to work in pest control because they have a sincere interest in our field.

How can all of this be incorporated into the big picture? When we check our own ego at the door, we can make changes to long-standing processes that perhaps we did not recognize we needed. By adding more people on our teams that understand and identify with today’s changing customer, our industry will be able to thrive both internally and externally.

Therefore, by targeting groups that have not been a focus of our industry in the past, we can help grow out of old stereotypes and into the next generation of success.