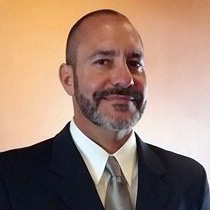 Padilla brings leadership experience in managing sales and operations to his role at Certus. Padilla has experience in the pest control industry for nearly 20 years.

“I am looking forward to working with the Certus team to build a world-class operation in the southwest,” Padilla said.

He studied business management at the University of Phoenix and began his career at Terminix International, working for nine years in progressive roles to branch manager. He was also general manager at The Steritech Group for eight years. Most recently, Padilla worked in the residential solar panel industry at Sungevity Solar as senior VP of operations, where he improved customer experience and performance while reducing cancellations and safety incidents. He has also worked at Verengo Solar as VP of operations.

“Freddie has an outstanding record of fostering, leading, and maintaining a positive environment, and a demonstrated ability to deliver results across industry lines,” said Mike Givlin, CEO and co-founder of Certus. “He is an excellent fit for our high-performance culture centered around our core values of People First, Doing Right, and Reaching Higher.”

Certus now operates in Washington, Oregon, Florida, Idaho and Arizona. The company expects to continue to grow in its existing markets and enter new markets in 2020.