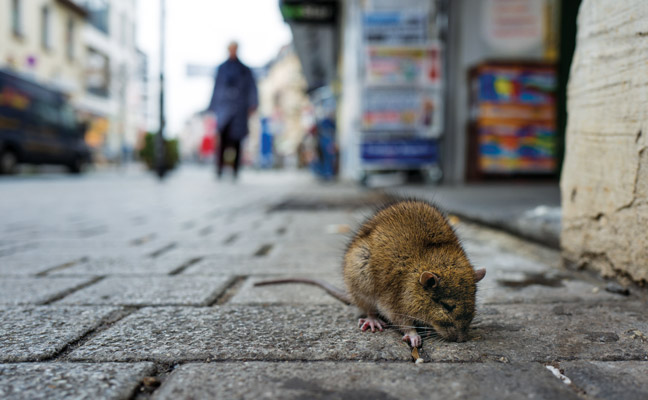 We asked Pest Management Professional‘s columnists and editorial advisory board members to share what the most unusual rodent attractant that they have tried to use before. Here are some of the experts’ responses — including a few extra that didn’t make it into our October 2020 print edition.

Please take a minute to answer our latest one-question poll on this topic and let us know the most unusual attractant you’ve used for rodents here: Reader poll: Unusual rodent attractants

Greg Baumann: “I observed a tech who swore by macadamia nut butter… and it wasn’t even in Hawaii.”

Dennis Jenkins: “As someone who has not been in the field in a long time, my answer to the question of the ‘most unusual’ bait I have ever used comes from a long time ago and in a galaxy that seems far away: In the beginning days of starting my business in the ‘80s and early ‘90s, I can remember using bird control bait mixed with peanut butter to stop squirrels (kinda rodents, right?) in attics. There was something about that combination that not only was quickly consumed, but it also almost always made the squirrels vacate the attic as well.

“Going back before that, in my teens, I can remember using apple quarters and rubbing them on blocks of arsenic and tossing them around empty barns.

“Back then, we had a research facility where medical experiments were being done with primates, and the rodents were living among them and transmitting disease at a rapid rate. We mixed powdered diphacinone with powdered monkey chow, and placed that combination in bait stations all around the structures where the primates lived. I also remember dodging fecal material that was being thrown at me by primates as I serviced the facility.”

Mark Sheperdigian, BCE: “Once upon a time, using packing peanuts was unusual, but now it isn’t. I did, however, try the biodegradable packing peanuts, once offering them to some mice I was keeping. They went berserk over these things and couldn’t eat them fast enough. I think everyone knows this, though; see the video: YouTube.com/watch?v=JpChfVg-adA.”

Pete Schopen: “When I was 21, I was servicing a very difficult rat job in a business near Chicago. About this same time, I read somewhere that beer could kill rats from a gas attack. I knew that rats were unable to vomit or burp, so it made total sense to me. Therefore, late one night, I went to this business and put copious amounts of my favorite cold brew inside small bowls all around the facility. I think I put out a 24-pack (minus a couple for myself). Needless to say, it didn’t work — and I woke up with a hangover for my efforts.”

Ryan Bradbury: “Cotton balls have proven to be a very effective and low-cost lure for rodents. They are curious to get it and use it for building shelter.”

Michael Broder: “One of the first restaurants I ever worked on as a teenager was a small, dirty, fried chicken store. While they said rodents were everywhere, I wasn’t catching anything. I finally asked, ‘What are they eating?’ and they told me, ‘Every day, they devour all the ketchup packets.’ I began to put ketchup on all my traps, and it worked!”

Eric Scherzinger: “My grandpa’s secret bait was always Reese’s Pieces on glue boards or snap traps. I used that as well when I was a tech, and it worked out quite well.”

Frank Meek, BCE: “I have a few: short pieces (1 to 1.5 inch) of string or thread; a shredded cotton ball; dental floss; or a dead American cockroach (Periplaneta americana).”

Dr. Stephen Vantassel: “No bait at all. If you can find the pinch points, no bait is needed.”

Recognize the importance of IPM