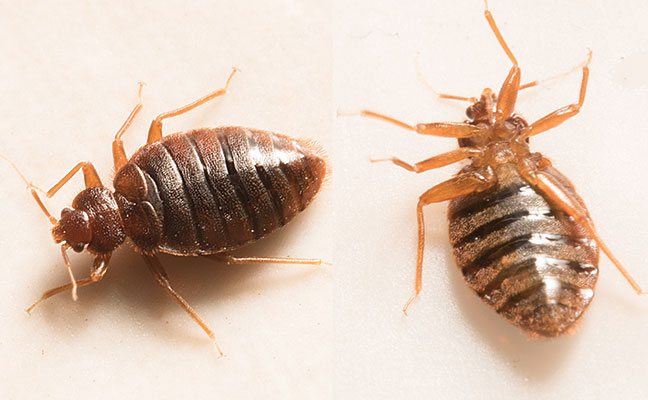 We asked Pest Management Professional’s columnists and editorial board members to share some insights about common bed bug locations. We asked: Other than a bed, where do you most often find bed bugs when treating a residence? Here are some of their responses — including a few extra that didn’t make it into our May print edition.

Stuart Aust: Besides a bed, the most common areas we have found bed bugs are couches, cloth chairs, and the perimeter of wall-to-wall carpeting that has tacking holding it in place.

Paul Hardy: Bed bugs often are in the wall-to-floor junction hidden by objects including furniture, clothes and stored items. Also in closets, which typically are within 3 feet of the bed.

Ray Johnson: We find bed bugs in couches, especially cloth versions. Recently, a husband was using a very elaborately upholstered couch as a bed because his spouse was ill and sleeping in their bed. Although the bed was loaded with bed bugs, the couch probably had 300 plus, too. It was a sad situation for the couple. We recommended fumigation for complete control, as the walls in two rooms also were upholstered.

Kurt Scherzinger: When treating for bed bugs in residences, they are found a lot of time on the couch or recliner in the living room.

Pete Schopen: Leaving the bedroom entirely, we often find bed bugs hiding on the underside of a recliner or attached to the “mudflaps” or “skirt” of a couch.

Mark Sheperdigian: The obvious answer is the nearest piece of furniture to the bed. But I’d also say the couch/recliner or seat that has the best view of the TV.

Dan Baldwin: Bed bugs can be found pretty much anywhere, including nightstands, headboards, pictures, outlets, baseboards/carpet seams, closets, luggage racks, chairs and couches, light fixtures, lamps (on the base and inside), appliances and toys.

Dr. Gary Bennett: If we are counting the headboard as part of the bed, the answer will be other furniture, such as nightstands, that are in close association with the bed.

Doug Foster: Bed bugs are often found in the recliner or whatever chair is in front of the television, especially in senior living situations.

Dr. Faith Oi: Bed bugs often are found on the couch or sofa in front of the TV.

(Editor’s note: Another spot? Bed bugs in books. A library system in Lincoln, Nebraska has an inspection process after finding bed bugs in books at branch in 2014.)